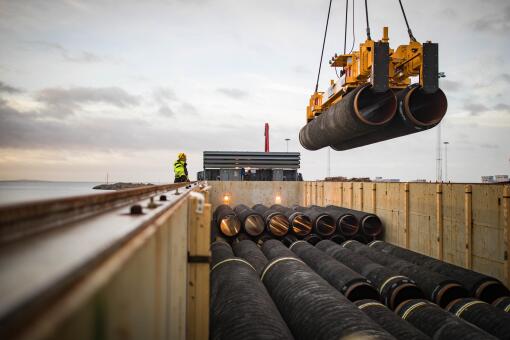 The Swiss court banned the stream stream AG and Nord Stream 2 AG from making payments to the Russian Gazprom. The court allowed the request of the Ukrainian company Naftohaz to make the amounts awarded against it by Gazprom.

As reported in the Russian media on Saturday, information about the decision of the court is included in prospectus issuance of Gazprom. "As a result of the ban, all payments of these companies to Gazprom are directed to Swiss judges," the document said.

A dispute between Gazprom and the Soviet Union

In December 2017 and in February 2018 the Arbitration Court in Stockholm issued two decisions concerning the dispute between Gazprom and Naftogaz regarding contracts for the supply and transfer of gas. As a result of these decisions, Gazprom should pay about $ 2.6 billion to the Ukrainian company.

The Russian company appeals against this decision.

Since February, a number of cases of Gazprom assets have been seized in European countries to enforce arbitration decisions. However, Gazprom has managed to obtain suspension of the decision on seizure of assets. The daily Kommersant reported on Saturday that the group had an opportunity to challenge the decision to ban payments to the Supreme Court in Switzerland.

According to the current plan, the gas pipeline is to be ready by the end of 2019 and then Russia intends to limit the transfer of gas through the pipelines run through Ukraine.

The construction of Nord Stream 2 also opposes Poland by the Baltic states and the Ukraine. The United States also report their opposition. This was announced Friday in Poland by US Secretary of State for Energy Rick Perry.

He described the project as "a political upheaval serving the Russian Federation to influence Europe further and even divide Europe." The American politician added that "Nord Stream 2 has already fulfilled important Russian goals, that is, it divided Europeans to undermine European links." He stressed that "it is necessary to join forces and consistently oppose this project."