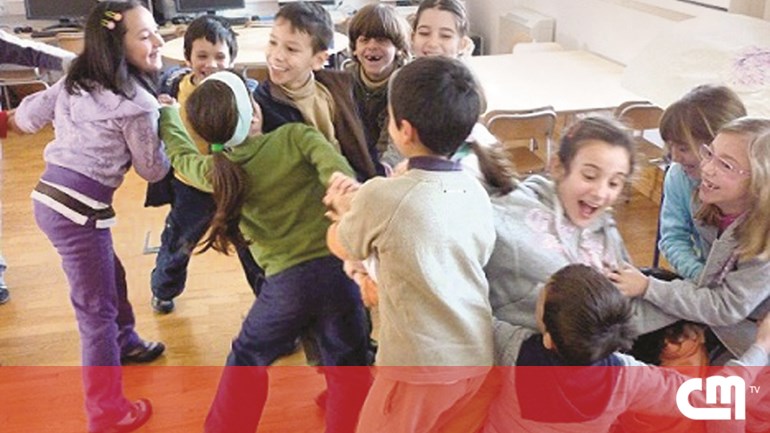 From January to September this year, the Institute for Child Support (IAC) has received more than 1,000 calls with effective appeals to support children. Most contacts are anonymous, made by adults, and expose young people at risk, missing or sexually exploited. When he is the youngest to offer voice for conversation, successive appeals with diffuse and undetermined reasons are common where the intention is to "talk to someone."

Support for children is the motto of the IAC, which celebrates 35 years. The event is marked by a large solidarity concert tomorrow at the Artis Theater in Lisbon.

Since 1983, the institution, founded by Manuela Eanes, has been supported by more than 150,000 children at risk using the Criança SOS line. "Children are an increasingly scarce commodity," says Dulce Roche, president of the IAC. The organization's response, formally to a private institution for social solidarity, is not exhausted by attention. Initiatives such as "Project Street" have already taken over 600 children from the street and returned them to the house they fled from.

The concern to ensure that children play has resulted in the creation of more than 700 game places. At the same time, ACRI strives to humanize childcare services and to ensure legal support for minors when the law is challenged.

"Portugal was at the forefront in defending the rights of the child," he recalls CM Manuela Eanes, Founder and Honorary President. She notes that the institution was created in 1983 and that only six years later the UN Convention on the Rights of the Child was adopted by the UN.

"At the time, we were in Lisbon, especially in Baixa, children sleeping in a subway shed – a problem of extreme poverty, hunger and poverty – they had no boyfriend, no one."

Learn more
sixty nine
The Portuguese Constitution devotes Section 69 to the girls. Article 1 states: "Children have the right to protection of society and the State for their integral development, especially against all forms of abandonment, discrimination and oppression and against abuse of authority in the family and in both institutions."

Protection of state guarantees
According to the Constitution, the state is guaranteed "special protection for children orphaned, abandoned or in no way deprived of a normal family environment." The work of minors at school age is prohibited.

Universal Declaration
The Universal Declaration of the Rights of the Child was adopted by the United Nations on 20 November 1959. The right to food, housing and medical care, love and understanding, free education and leisure for children, among others.

Direction consists of 5
The Institute for Child Support was established as a non-profit association on March 14, 1983. The final registration of the IAC's laws was made on April 1, 1992. The Board consists of five members: Luís Vaz das Neves (Vice Chairman), Manuel Coutinho (Secretary General), Vasco Alves (member) and Matilde Sirgado (Treasurer).

International recognition
The action of the Zionist General Council won the Human Rights Prize at the Assembly of the Republic and the European Citizenship Award of the European Parliament.

Projects in a single house
After decades dispersed around the city of Lisbon, IAC projects are now installed in the number 21 Avenida da República.

Contacts for help
The SOS-Child project was created in 1988. The helpline is available through 116 111. The missing line of the blocking child is accessible through the number 116 000.

"Unarmed and refined abuse"
"They are invisible – they cause invisible scars that extend their suffering throughout their lives." There is a lot of aberration. "Said Dulce Roche, president of the Institute for Child Support, in the program" Manhã CM "s CMTV.

Research and Documentation Center
The Center, founded by IDC Herzliya, provides support to technicians and researchers in the region.

Young people are a concern
The IAC is the only Portuguese organization in the European Union for Missing Persons and Sexual Exploitation.

Some artists are going on stage to support the IAC
Altice Arena, in Lisbon, welcomes the solidarity concert marking the 35th anniversary of the Child Support Institute (IAC). The concert "Niños somos todos Nós" From 9:30 am, familiar names of Portuguese music: Rui Veloso, Amor Electro, Anselmo Ralph, HMB, Matias Damásio, André Sardet, Os Azeitonas, D.A.M.A. And Miguel Araújo, among other things, work to raise funds that ensure the future sustainability of the IAC.

The initiative counts on the high patronage of the Presidency of the Republic, and the support of the national football team. "The best thing that can happen is that the room will be full, and since it happens on International Children's Rights Day, it would be great to read the child's attention as the engine of the world," said Manuela Eanes. The price of tickets varies from 15 to 40 euros (10 euros for people with reduced mobility). Solidarity card, for those who can not go, is 15 euros.