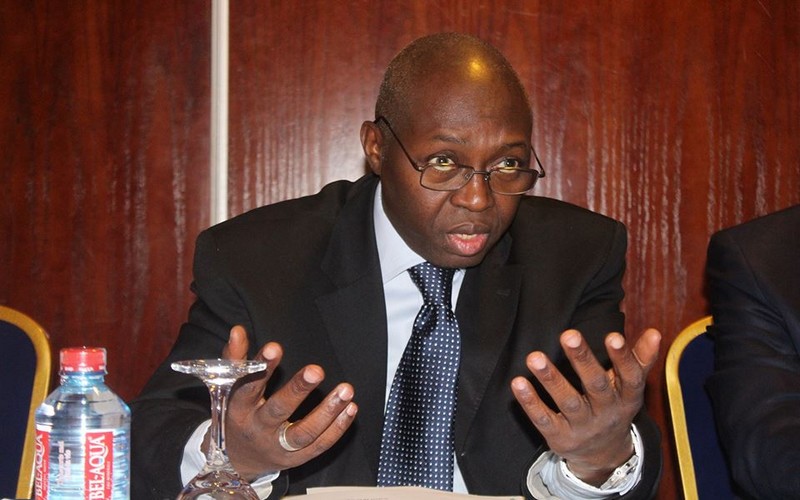 In fact, the BBY regime has managed to create a strong counter-fire with the so-called Adji Sir / Sonko affair, which is just one more conspiracy against the Democratic Patriots. We are no longer talking about the deaths and severe cases of Cubid 19, the plight of unemployed young people, the looting of fishermen and our mineral resources.

Mary Theo Niana sent one of her associates to tell us that he should not tell him how to do his PCA work. Very Good. In his own way, then, he will clarify the 400,000-dollar affair of our Sal-Timis scandal regarding the theft of gas from his St. Louis. The aspirant to the mayor of St. Louis cannot ignore the deals around the natural gas of St. Louis belonging to the Senegalese people and therefore also to St. Louis. Meanwhile MTN Minister, yes or no McKee Sal is in his second and final term? I say yes and you then?

BBY’s counter-fire overshadowed the dismissal of Mr Abu Lu, AIBD’s PCA, who was sent as ambassador to Congo Brazzaville. In the past, you remember, MP Ms. Diarra Glory was illegally fired by President Mustafa Niasa from the board of directors of AIBD. Condemnation of this illegal act earned me an inappropriate response from Mustafa Nias at the plenary session.

In fact, there will be a 6 billion hole in the AIBD accounts denounced by Ms. Tehila and will not be denied by the new CEO of the AIBD. Abu Lu’s dismissal is undoubtedly related to this affair. I will send a written question to the government.

New portfolio: It is time to reform the National Assembly in Senegal.

It is clear that as Mustafa Diakhata pointed out, the National Assembly functions as an annex to the palace. It is ready to violate the constitution and the valid laws in order to satisfy the predatory desires of the presidential regime. We saw this recently with the AIBD / Fame affair.

So it’s time to reform. To do this we must put an end to the rawgaddu ​​practice which means that the BBY can get less than 50% of the votes in the legislative elections and get more than 75% of the seats. It’s not fair. And we see the damage in the Republic March.

Political predators talk about the instability resulting from the removal of Rogado in legislative and even local elections. They like to quote, their limited political cultures, the example of Italy. It always made me laugh, because this is Italy that accepts Senegalese immigrants.

The theory of the winner taking all of this (rawgaddu) is at the heart of the mysterious presidency that enables our natural resource orientation by the elites in the service of their sponsors.