Salif Keita pays tribute to a white girl who was murdered at a concert in Pana, Mali – JeuneAfrique.com 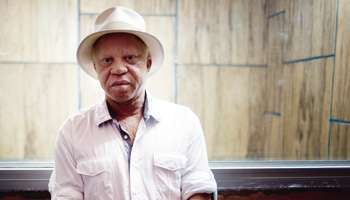 The legend of African music surpasses the worship rituals of the albino in a concert to present his new album, which he says is the last of his career.

Salif Keita presented her new album on Saturday, November 17, in Pana, a small town in Mali, more than 100 kilometers from Mamako, where a five-year-old white girl was murdered in May. Designed to denounce the killing of the Albanians in Africa.

In an encamped football stadium, an event that has never seen in this community some 20,000 residents, located 120 km from Bamako, surrounded the 69-year-old musician, himself a native of Albania, with Ismael Lou, from the album of the artist Jannie Barra , The Malay comedian Yarrow, and the Malaysian singer Safi Diabet and Senegal, Maa Codia Kate, also active in the Albacans.

On May 13, five-year-old Ramata Diarra was abducted by armed men while sleeping in the courtyard of the family home. His body was found several hours later near a mosque. Societies denounced a "ritual crime" ahead of the presidential elections.

"Why do we take the life of a five-year-old girl, innocent, why attack albinism, we are like all other people, we do not want to see it in Mali, we need our authorities to make arrangements because now we will not be quiet anymore, Keita on stage. Every year, dozens of albinos are victims in Africa of attacks, killed and cut off their friends who are later used to rituals that are supposed to bring wealth and luck.

"Today, everyone knows that a five-year-old girl was murdered in Pana because she is an albino, the world has enlisted for the sake of my daughter's interest, that this world does not give up that the white people can live in peace around the world," said Agence France Presse, Tora.

In the space reserved for the guests, just before the stage, Osman Weil Diallo, dressed entirely in white, who came from Bamako with his wife and children, said, "Follow the concert and support our cause by paying tribute to Ramata Diara." "I do not like there are too many lights, especially the giant lights of the scene, but tonight I accept our interest," adds the father, who like many albinos suffer from vision problems.

"We are here to ensure that what happened at Ramata will not happen again, and that must be the struggle of all of us, never again in Pana, Mali, Africa and the world." "No one should sacrifice an albino for his strength, no one should sell the hair or organs of the albino," said Safi Diabate. "I'm Pana, I'm Ramata, I'm all the victims of the ignorance of how thirsty for power," added Maryam Diarlo, a poor slum.

As the evening progresses, Salif Kaita climbs onto the stage for a 45-minute performance during which he defends the second white album, his last after 50 years of career, on which he has appealed to old partners like the black blond Elbow or the Englishman, While multiplications multiply for the younger generation.

"I wanted to say goodbye to all my fans, because if I'm still going to make music here and there, I will not take the time to create an album," he says. AFP.