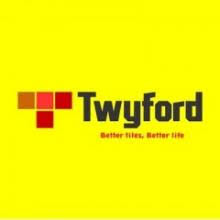 “Again, the Unified Union of Workers in Mining and Ancillary Activities (Sutimac) has come to warn national and international opinion of the degrading and dramatic situation of workers at Twiford Ceramics since the establishment of this plant in 2017.
This multinational, to which the state of Senegal has made every effort to enable it to promote youth employment, continues to benefit from this investment facility to the detriment of workers, especially young people who see their country’s resources overused and who, in addition, treated them as modern-day slaves.
Indeed, for nearly two years, Twiford Ceramics’ human resources department, led by Chinese employers, continued to treat workers under conditions worthy of slavery and to manage them outside of all applicable legislation in the country. Senegal though incessant. Warnings from the Regional Labor Inspectorate.
Twiford Ceramics Disrespectful: