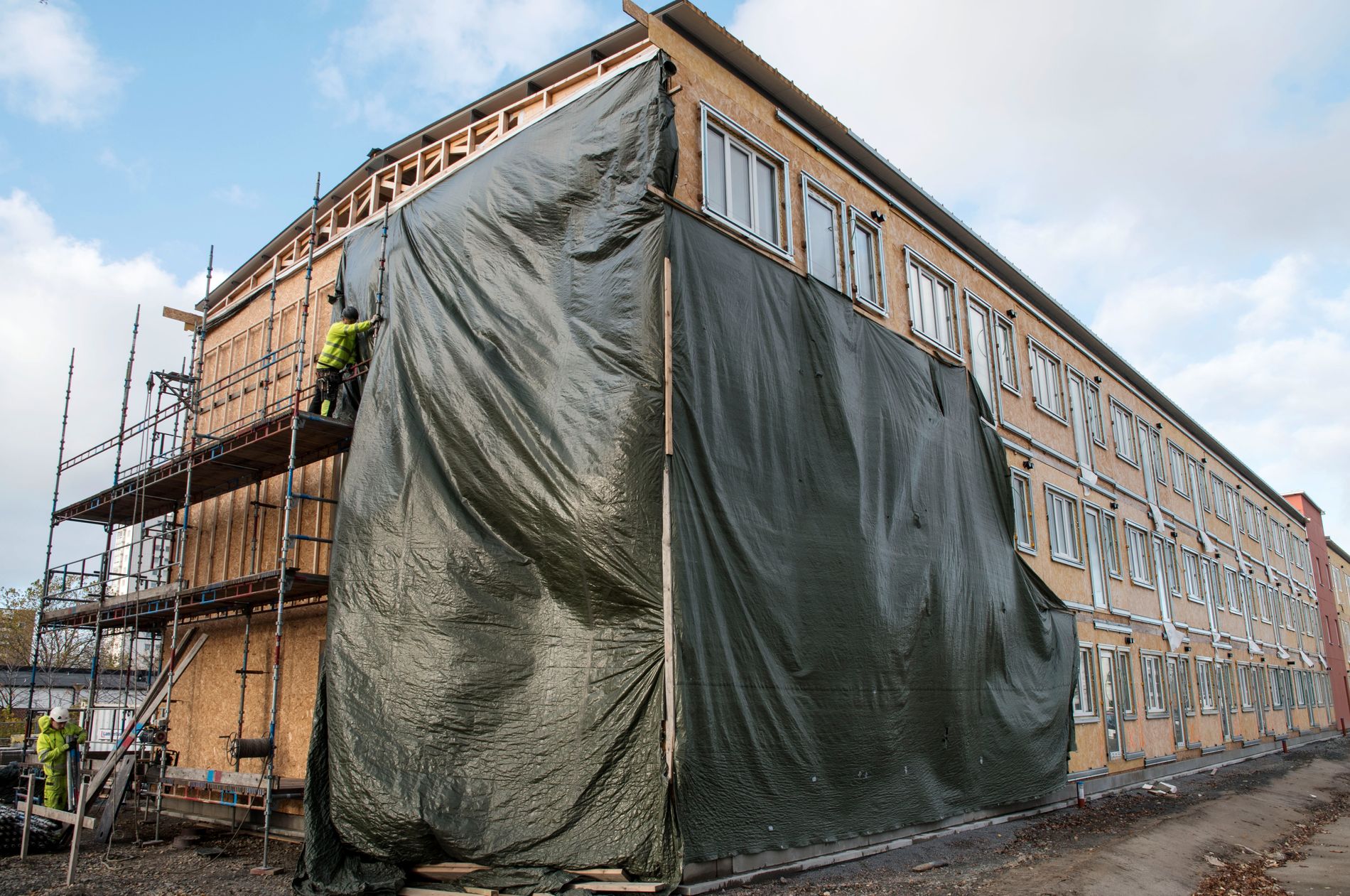 In the parking lot at the Mall of Seville in Malmo, the city of Malmo builds temporary accommodation for homeless people, but the building is still unable to use due to moisture damage. Malmö City expects it to be ready for the occupation in the spring of 2019. Photo Archive.

The homelessness is growing in Malmo – and the children are particularly affected.

Half of those who became homeless were involved in the past year and housing is not enough.

"I'm worried about the children's future, but not that it should not be solved," says Sadat Arif, the municipal council responsible for the labor market and social services.

The number of people and the proportion of children homeless Malmö has increased.

The survey this year conducted by the Labor and Social Administration Malmö city shows that there are over 3 300 homeless people. More than 1,300 of them are children, a 26% increase since last year. Thus, almost two percent of Malmö children are homeless.

"It's an entire disaster that so many children are affected by, and when it comes to children, it's more important to find solutions." Development is not going well, but we're trying to dust Malmö cheap accommodation, but it has to be a living condition. Sedet Arif (S).

The largest increase in structural homelessness, including non-addiction or mental health among adults.

During the year 4,000 households assisted in temporary housing. On the other hand, it is difficult to organize long-term permanent housing, explains the responsible municipal councils.

"It's not something Malmö can solve on its own," he says, "cooperation with property owners is important and important, and the opposition also takes responsibility," says Sadhat Arif,

"A historic opportunity to build more"

According to the survey, people infected account for half of all homeless people who were in the past year. A similar development occurred last year, and even then the increased occupancy was a great explanation for the data.

"Now we have a historic opportunity to build more.It is also important that we have a larger distribution of these types of housing, so that not everyone is in those areas," said Andreas Schönström (S), city council in charge of technology and service.

Among adults, the rate of homelessness has increased by 12% since that year a year ago – and among children the increase is 26%.

This time in Malmö city has also calculated how long people live in Malmö homelessness. This shows, among other things, that two percent of all homeless people have been without housing for more than ten years. The largest group was homeless between one and three years.

Every year the municipality lives without shelter, but the survey covers only those who are in contact with the social services and have no permanent residence and have not solved the housing issue at all or only in the short term. This means that EU migrants, paperless and others not written in Malmö are excluded from the survey.