Following the new type of corona epidemic (Kovid-19), Europe’s energy supply failed to keep pace with demand and rapidly rising prices in the electricity markets, as record prices of natural gas and coal continue to plunge countries in a difficult situation. 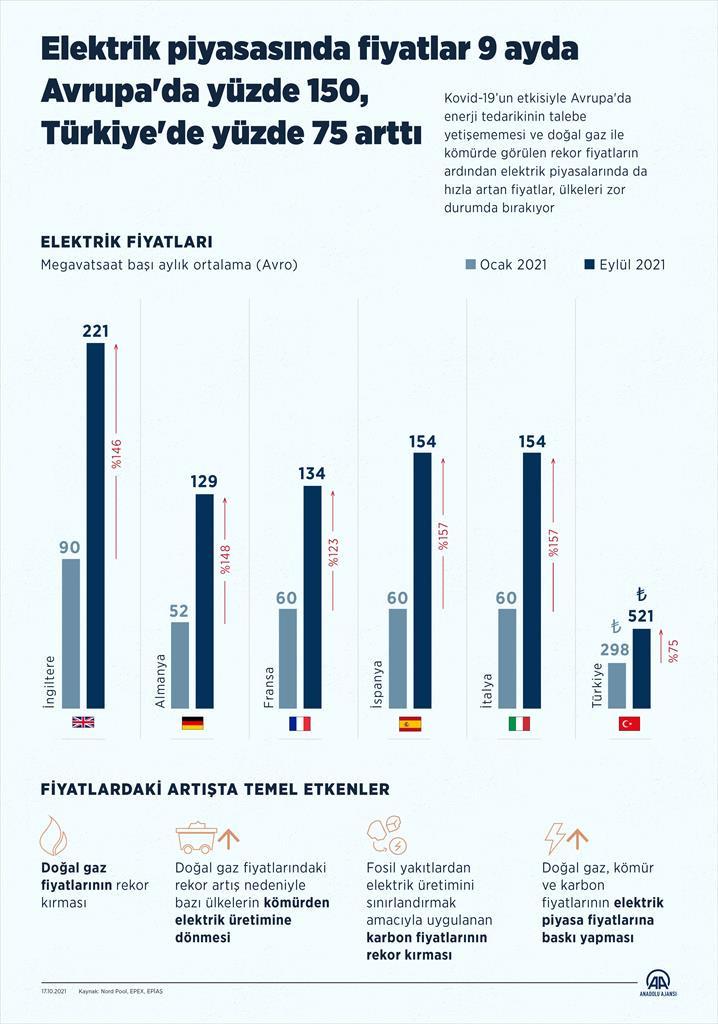 While an average increase of 150 percent was observed in spot electricity prices over the 9-month period of the year in the leading markets in Europe, this rate stood at 75 percent in the Turkish spot electricity market.

The market price of 1 megawatt of electricity, which averaged 90 euros in January, rose to 221 euros, with a 146 per cent increase in September, in the UK, one of the countries with the deepest effects of the energy crisis. Were seen.

In the specific Turkish electricity market EPİAŞ, the price of electricity per megawatt per hour, set at an average of 298 pounds in January, rose by 75% in September to 521 pounds.