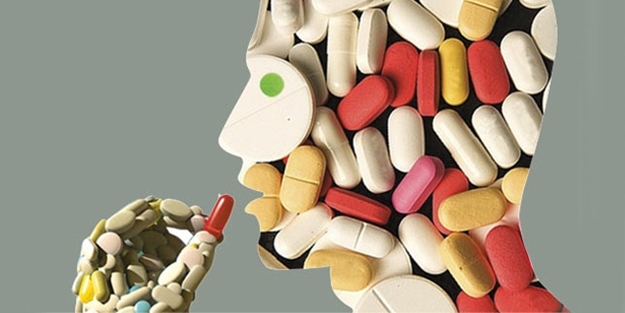 Antibiotics filter and not reduce fire

Prof. Dr. Cartel, The World of Antibiotic Awareness And the European antibiotic awareness day, in a written statement, bacterial infections in the treatment of antibiotics with the introduction of many deadly diseases and contagion, he said.

However, the problem of antibiotic resistance due to frequent and inappropriate uses, with an emphasis on the subject of the Eagle, said:

"It is known that at least 30-40% of antibiotics worldwide are used incorrectly or unnecessarily.

Antibiotics are commonly used in various diseases of the upper respiratory tract with more than 90% of the virus.

However, antibiotics have no effect on viruses, but they cause side effects, resistance and unnecessary cost.

Experts who do not fully distinguish between bacterial and viral infections in outpatient clinics tend to use antibiotics in upper respiratory tract infections, says Cartel.

Again, antibiotics are usually used in the urinary tract and lower respiratory tract infections after taking the microbiological sample, if necessary, antibiotics should be used. "

According to Kartel, the consumption of antibiotics should change not only the person through the drug, but also the natural bacterial environment of the family and community.

"The problem of resistance with all antibiotics used improperly becomes more common and consequently in the fight against deadly infections, especially in hospital and intensive care units.

On the other hand, antibiotics are often used not only in humans but also in animals.

Measures should also be taken regarding this application, which contributes significantly to the formation of bacterial resistance.

Antibiotics are medications recommended by the doctor in the presence of a bacterial infection after a correct diagnosis. Antibiotics are antipyretic, not analgesics. "