The proposal, including arrangements in the field of health, was reached in discussions with the committee 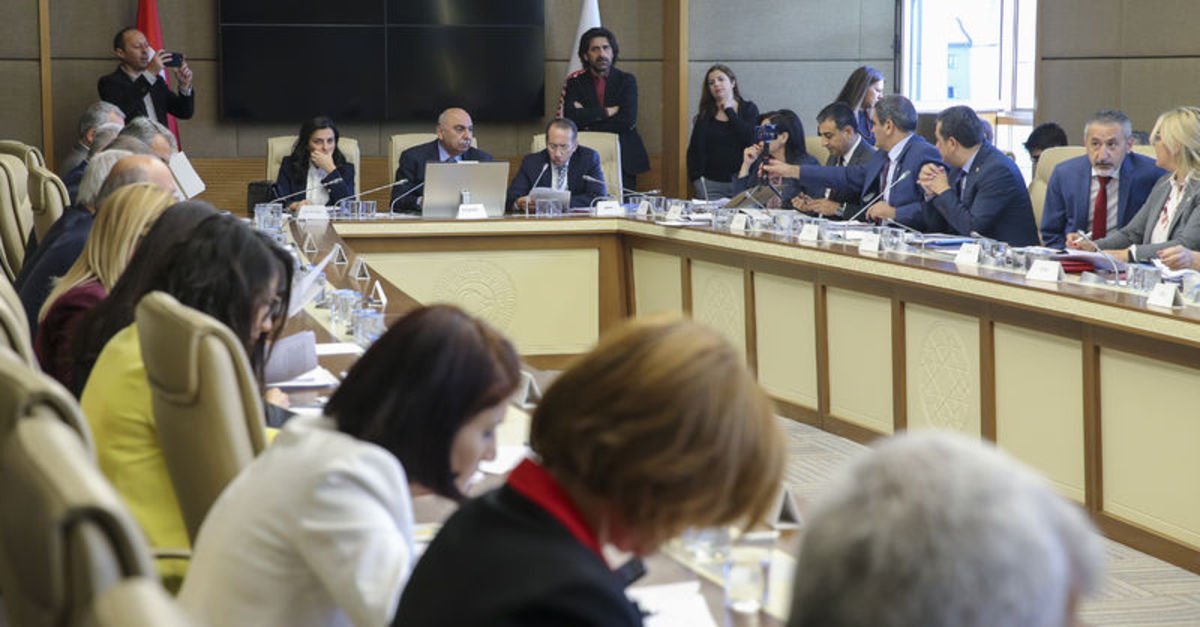 In the committee, Article 5 of the proposal lasted 11 hours.

According to the fifth article adopted, doctors, doctors and specialist healers who have been fired from public offices for being members or affiliates of buildings, structures or groups determined to be active against the national security of the state by terrorist organizations or the National Security Council (NSC) Or in practice who do not have a contract with the National Insurance Institute. Their reports will not be based on judicial decisions and administrative procedures.

According to AA; The proposal, adopted in section 5, was revoked from the field of investigation of doctors who were not taken to work following the security investigation. Therefore, doctors in this situation will be able to work in all private health institutions.

Opinions on the article

Referring to an article by the vice president of the AK Party group, Kahith Ozkan, the regulations were discussed in the constitutional and legal framework.

Özkan stated that the participation of the AK Party Group Vice-President in the Commission creation will not do the ability and effectiveness of the members of the committee discussed Özkan said that the proposal will develop until the stage of the General Assembly.

CHP vice president, Ozgur Special Vice President, the new system says that the case will not be a law, but this proposal is "a bag proposal," he said.

Special ", the proposal prepared in the compound, signed by the deputies, this article is revenge, the commandment of the head, the power of power" all I do, do not have to bind the courts to me "article on the one hand" root tree eat item " The principle of equality of matter.

CHP Izmir deputy Bakni in the line wanted to remove the item from the proposal completely.

The proposal, including regulations on health-related violence, states: "The doctor brings the greatest violence," and claims that Kaval, "the arrangement, these doctors work with SSI, there is no agreement with very few health institutions. "What happened?" He asked.

CHP Istanbul deputy Ibrahim Kaboglu, the exclusion of this article from the proposal, not only in terms of constitutional compliance, but also in terms of social peace will be important, he said.

Mustafa Guler, the legal adviser of the Turkish Medical Association, claimed that "the article is against the constitution, universal regulations and, above all, conscience."

"The State of the State will be rejected"

Referring to the need to approach this subject in the concept of anti-terrorism, Demirkan said, of course the state can protect itself, that is the nation's defense. he said.

Regulation of legal relief against Demircan, indicating that it is clear, "Turkey ignore his terrorism and struggle, we have no right." he said.

Demircan, these doctors can take the medical specialization exam noted.

Talks about the 11th hour of the talks, while the AK Party, the negotiating proposal gave. The motion was adopted by a vote. Meanwhile, some of the officers beat the lines, protesting against this decision. The committee discussion began.

Delegates CHP and deputies HDP, not to mention that MPs can not be put into operation by stating that the deputies.

During the hearings, Commission President Senel Yediyıldız voted for the AK Party and CHP. Request by the AK Party Accepted.

Yediyıldız, who voted after Article 5, stated that the article was accepted and said that he would continue the work of the Commission at 15.00 and closed the meeting.

CHP Zonguldak Deputy Unir Demirtas and Deputy Istanbul Deputy Ali, the reaction of the chairman of the committee responded to the bottles of water on the ground threw the chair, tried to close the carrying microphone.

After the vote, party AK and deputies MHP left the committee hall, but the CHP, HDP and the best party deputies remained in the hall for some time. MPs of the three parties signed the "minutes" in the vote that "the hands were not removed in the vote, the proposals were not understood and distribution and were not the media to negotiate during the protests."

Chip Zonguldak deputy Demirtas, CHP proposal did not vote, the vote of the fifth article in the hands of deputies AK Party did not give up.