Hamdan bin Mohammed decides on a system of disciplinary sanctions, complaints and complaints to employees of the Dubai government 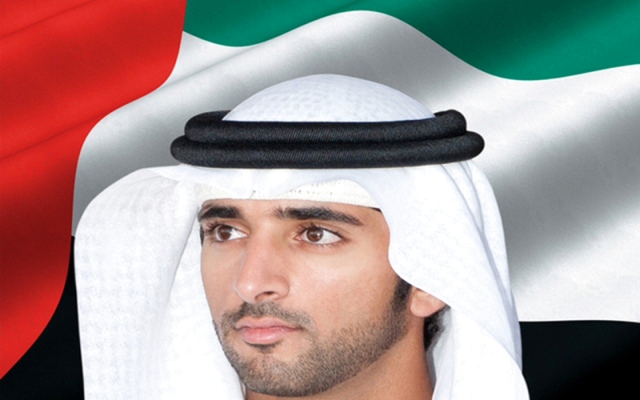 HH Sheikh Hamdan bin Mohammed bin Rashid Al Maktoum, Dubai Crown Prince, Chairman of the Executive Committee, adopted Resolution No. 4 (2019) on disciplinary sanctions, complaints and harassment of Dubai government employees, aimed at promoting transparency, fairness , The promotion of the principle of legality, while maintaining the provisions of the legislation relating to public office, the observance of proper rules of conduct and the provision of an effective system of responsibility and discipline, contributes to the rights and obligations of employees.

The system strives to provide an appropriate working environment, to overcome the difficulties faced by employees and to work to address them and to apply a disciplinary system, in accordance with the principles of objectivity and neutrality, to reduce negative behaviors in the work environment and to allow employees to complain about decisions and actions that affect their legal status and critical status , Impartiality and integrity in the investigation of the administrative violation, and not to impose a disciplinary sanction on the employee, him or her, to hear what he said, to allow him to paint in his defense statement, and not to sign more than I heard about the employee for the same offense, and the need to adjust the disciplinary punishment with the character and severity of the committed administrative offense, according to the circumstances of each case.

(8) for the period from January 1, 2019 until the date of this decision, all administrative violations committed by employees, disciplinary sanctions imposed on them, complaints and claims on their part, Unless such actions and decisions include any deviation from the principles of justice and equality or the rules of right and remedy.

The resolution states that any employee who violates the obligations set out in the Dubai Human Resources Management Law, the legislation issued pursuant thereto, the legislation and the provisions in force in the governing body, does not uphold the morals of the public office or is outside his office without harming civil or penal liability, As required, and the employee will not be removed from disciplinary punishment unless it is proven that he committed the administrative offense in the implementation of an order issued by one of his commanders at work, even though the employee was summoned for the administrative offense. For status, responsibility is the source of the order.

In accordance with the system, each government body will appoint, in a decision of the Director-General of the Ministry, one or more committees, called the "Administrative Abuses Committee", which will specify its powers and procedures for handling them. In an administrative irregularities committee, to issue its decision within fifteen working days from the date of the decision or the judicial ruling issued to the employee by the judiciary.

If the Committee of Administrative Violations does not give its decision on the administrative offense at a time that it determines, it must report to the Director General, noting in the report the reasons for the failure to give the decision, and in such a case the Director General may keep the investigation files by the Administrative Offenses Committee, And in the case of keeping the investigation, the decision made in this matter must be based. The regulations determine the procedures for dismissal of the administrative violation, the conditions that must be provided in the administrative investigation records, the disciplinary penalties, the cases in which the employee is suspended from work, and the disciplinary sanctions for the crimes connected with the job and others unrelated to him.

The law states that any employee who is imprisoned in the performance of religion will be considered suspended from his job for the duration of his imprisonment, the period will not be during the period of his actual service, he will not be paid a salary or dues due to his work. The decision or the judicial decision does not prevent the employee from being convicted or acquitted, or there is no basis for a criminal offense against him, without his disciplinary liability for the administrative offense attributed to him, in accordance with the procedures prescribed in these regulations.

According to the method, the disciplinary sanctions imposed on the employee, except those related to official working hours, include: attention and written warning, deduction of the total wage, not to exceed fifteen days for any administrative damage, and no more than 60 days per year; For a period not to exceed one year, separation from the service, while retaining the employee's right to pension, severance pay, or revoking one of them within the maximum quarter. The disciplinary committee shall be entitled to sign any disciplinary sanction, and the employee's signature shall be terminated by the decision of the Director-General on the recommendation of the Committee for Administrative Offenses, provided that at its recommendation the Committee shall determine the employee's right to pension or termination benefits.

The Administrative Violations Committee shall inform the employee in writing of the decision to impose disciplinary punishment within five business days from the date of issue, and the Human Resources Department shall provide a copy of this decision in order to monitor its performance and notify the direct supervisor of the employee. .

According to the system, if the worker does not arrive at his place of work without prior approval or an acceptable excuse, in addition to imposing the disciplinary sentence, he is deprived of his total wage equal to the number of work days during which he was not present at his place of employment without prior authorization or excuse, Unless the service of the employee is terminated in the event of a break or non-employment without prior approval or an accepted excuse for more than fifteen consecutive working days or twenty-one consecutive working days in that year.

In the event that the employee whose service was terminated due to a break from his work, for any reason, and in writing, within one month from the date of termination of his term of office, his subject must be referred to the Administrative Violations Committee to verify the correctness and seriousness of the same excuse, Days of work from the date of reference to the subject, otherwise the excuse will appear acceptable.

The Administrative Violations Committee decided to accept the dismissal of the employee who was suspended from his job, be returned to his work and will not be paid a salary or monetary fees for the period in which he was suspended from his employment, if not covered by any leave prescribed by law. The worker shall be dismissed from his work day from the date of his first day of work, if the period of interruption occurs, and shall exceed fifteen working days, and from the following day, alternately.

The fall of the administrative damage

If the administrative breach is committed within the framework of the financial irregularities, which are under the responsibility of the Financial Control Authority, the rules, procedures and instructions set forth in Law No. 4 (2018) regarding the Financial Supervision Authority shall apply to them.

The system requires the direct supervisor to provide advice and guidance to the organizational unit staff on a regular basis, which reflects positively on their behavior and must deal with all the circumstances that may lead to any complaint or complaint. The system also protects the employee from any damage. The system explicitly states that his complaint or complaint Of the employee will not cause him any harm in any way, and the system also obligates the government body to make the necessary efforts to settle complaints and complaints and empower the employees to the relevant human resources legislation.

Terms of Authority and Powers of the Complaints and Complaints Committee

In accordance with the disciplinary sanctions regime, complaints and complaints to employees of the Dubai government, a committee will be set up in government bodies, called the Complaints and Complaints Committee, which is competent to hear and hear complaints or complaints submitted to it by government employees. Including: discipline sanctions, annual performance assessment, transport, scarring or reservation, promotion in cases where the law requires a distinction between employees to determine what is more appropriate, termination or suspension, and refraining from taking villages.

The Committee shall be entitled to invite any employee of the governing body to participate in its meetings, and whoever sees fit to hear his statements, alone or at the request of any of the parties to the complaint or complaint, and to seek the assistance of experts and experts without voting in its deliberations. The Complaints and Complaints Committee may decide on the complaint or complaint directly if it finds that the documents submitted to it are sufficient to determine the matter before it. If the Committee finds that the matter of one of them is an administrative offense or a criminal offense, In accordance with the rules, procedures and controls set forth in this Law.

The claims shall be within fifteen working days of the employee's notification of the decision or of the action against him being filed within fifteen working days from the date of the investigation of the event in question or from the date of notification thereof. Complaint on Employee Performance Assessment, Board Resolution No. 2018 On a performance management system for Dubai government employees.

Decisions of the Committee

All the decisions made by the Complaints and Complaints Committee in a complaint or complaint submitted to it shall be binding on the governing body and the relevant organizational units in this body shall carry them out within their jurisdiction.

The Chairman and members of the Administrative Violations Committee and the Complaints Committee shall keep the meetings, discussions, records and information obtained by virtue of their membership in these committees confidential and shall not disclose them or remove any form without the approval of the Director General of the Government Authority.

The Department of Human Resources of the Government of Dubai trains members of the Administrative Disability Committees, complaints and complaints, to enable them to carry out the tasks entrusted to them within the framework of this system efficiently and efficiently. This decision will be published in Reshumot and will come into force on the date of its publication in the Official Gazette of the Dubai Government.