Mohammed bin Rashid welcomed the national day of the Sultan: Oman from us and we from them .. our brothers and our supporters 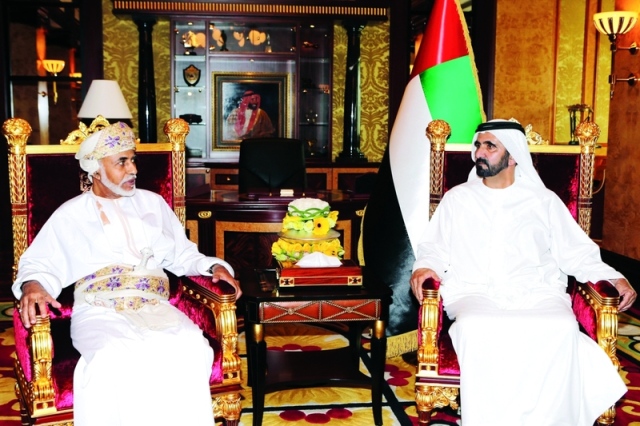 "We congratulate Sultan Omar on her 48th National Day, which celebrates the achievements of the blessed renaissance led by my brother Sultan Qaboos, whom God will protect," he said in a blog post on his Twitter blog. "We are among them, our brothers and brothers and our brothers. Rooted in them every day. "

On November 18, Sultan Omar celebrates the 48th anniversary of Independence Day, the eternal day in the memory of Arab citizens and citizens, as it represents an important change in the life of the Sultan under the leadership of the founder of the modern Hebrew sultan, Kabulus Ben Said.

On the other hand, His Excellency Mohammed bin Rashid Al Maktoum emphasized his pride among the people of the United Arab Emirates, who led the world's largest telecommunications conference with 2,300 delegates from around the world.

"I am proud of the people of the United Arab Emirates who led the world's largest telecommunications conference with 2,300 delegates from all over the world," he said in a blog post on Twitter. The General Assembly, the highest body in the union, has adopted in Dubai a global telecom strategy and the development of global policy for the sector over the next four years. "

Mohammed bin Rashid: UAE-Oman relations are broad and proud of our people

Experts in Bahrain: The world looks at the Hebrew Renaissance with great appreciation

The country's airports and ports receive flowers and flowers