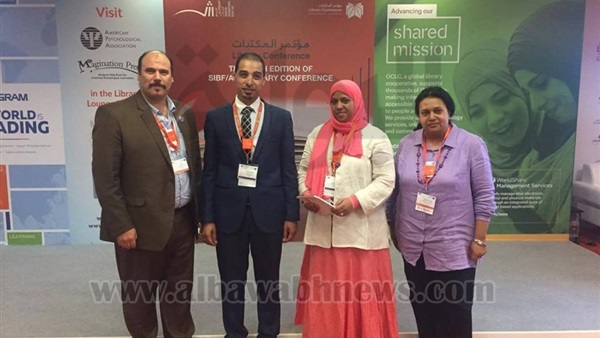 The Sharjah Book Authority, in cooperation with the American Library Association, organized an important topic at the Fogra Book Fair, the fifth conference of the library held from November 6 to 8, in the presence of Ahmed Al-Amri, Shraga's books, however, and Lloyd Garcia, the American Library Association, with more than 300 experts, librarians and booksellers and an expert on the book.

The annual conference emphasizes that the cultural renaissance of nations begins with a renaissance of knowledge and culture, and begins in libraries and universities, calling for the importance of adapting techniques to overcome the challenges associated with libraries to ensure a more important and attractive role of the book. , As well as a number of different innovations that libraries have done to improve the reality of communities around the world, while emphasizing libraries and schools and the role of librarians. Associations ", launched by the American Library Association, and tours around the world, and the response, support and support.

Egyptian researcher Mahmoud Shafi, a representative of Egypt's public libraries, participated in a study entitled "The role of digital public relations and its importance in libraries and information centers, the role of the media in the public library of Egypt, and the importance of activating public relations in libraries. Management of contacts between the library and its leaders, and linking and using media and social media in libraries, in addition to the way content is prepared and written, and the characteristics of all social media and how to benefit from them electronically.

He also pointed out that the "Internet" in the golden age of the library field worked to close the distance between the library and the beneficiary and to make the library closer to the public and helped to transform the recipient into a stage of the active public, in addition to presenting many practical experiences for the role of public relations and the media library The public libraries in Egypt and the Arab world have to play the role of public relations in the library, and to make maximum use of social networking sites in communicating with the public.

The meeting of "libraries with readers through social networking sites" referred to the importance of social media in referring to the reader about recent developments and their role in developing library strategy to serve readers' orientations in addition to traditional methods. "Human Resource Development Strategies" was conducted to look for new work in the library as well as the "sharing stories, successful experiences and keys to success" in the work of libraries and their interaction with readers.

The conference also discusses the subject of "literacy", which deals with emotional participation with libraries, and allows the possibility of taking the hand of illiterate people, creating a state of future communication that will ensure reduction of their effects and will work to overcome them. In order to achieve successful future experiences, participants identify the next generation of library services, how to develop an initiative to manage research data in private libraries, the impact of information and digital representation on the presentation of bibliographic resources in the bibliographic records, The great recipe for success in building public libraries, industry, construction and technology is entitled to a session, the conference will be summarized by honoring the most influential figures in the field of libraries around the world.