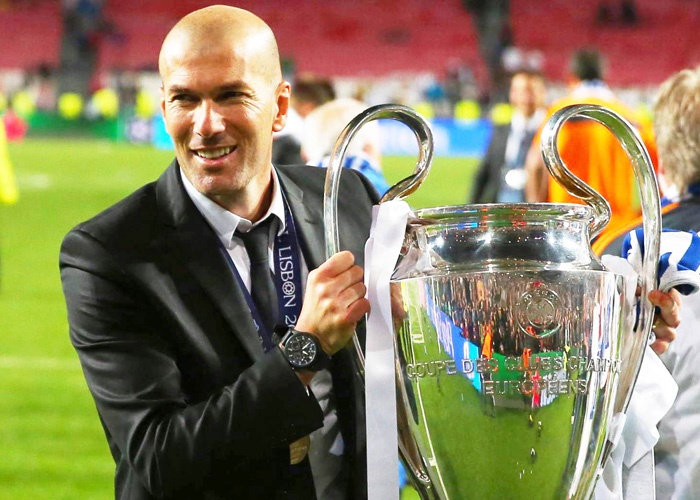 Frenchman Zinedine Zidane, the former Real Madrid coach, believes that his compatriot Karim Benzema, the striker of the royal team and the French national team, deserves to win the Balloon d’Or for the best player of the year.

Zidane, 49, told the French channel Telepot: “We are talking about a player who deserves to win the Golden Ball. Benzema is an amazing player, and I enjoyed great respect because I coached him.”

Zidane, the last French player to win the Balloon d’Or in 1998, added: “Benzema can do anything on the pitch. He’s at the top, and I hope he gets the golden ball this year.”

Karim Benzema is on the list of 30 players nominated for the Balloon d’Or award given to football by France this year.

It is worth noting that Karim Benzema, 33, has made his best start during the current season since the start of his career, when he managed to score 9 goals and assisted 7 others during the first 8 rounds he played in the Spanish football league.