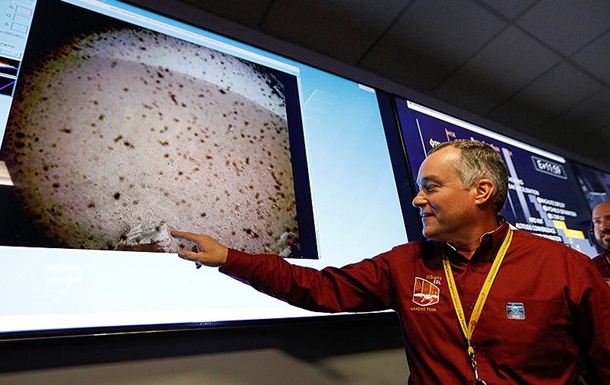 The image appeared on the screen at the NASA Flight Control Center a few minutes after landing, showing small particles of Martian dust.

Recall, the InSight mechanism successfully landed near the Madian Dome of Hecate volcanoes, Mount Elysee and the Albur Dome on the evening of November 26

For 26 month Earth on Mars, InSight will learn the inner structure of the planet, recording ground temperature and vibration. InSight's launch and launch cost $ 850 million.

Since the 1960s, 21 attempts have been made to land a vehicle on Mars, but only seven have succeeded. However, they are all American. InSight has made the eighth research probe ever working on Mars.