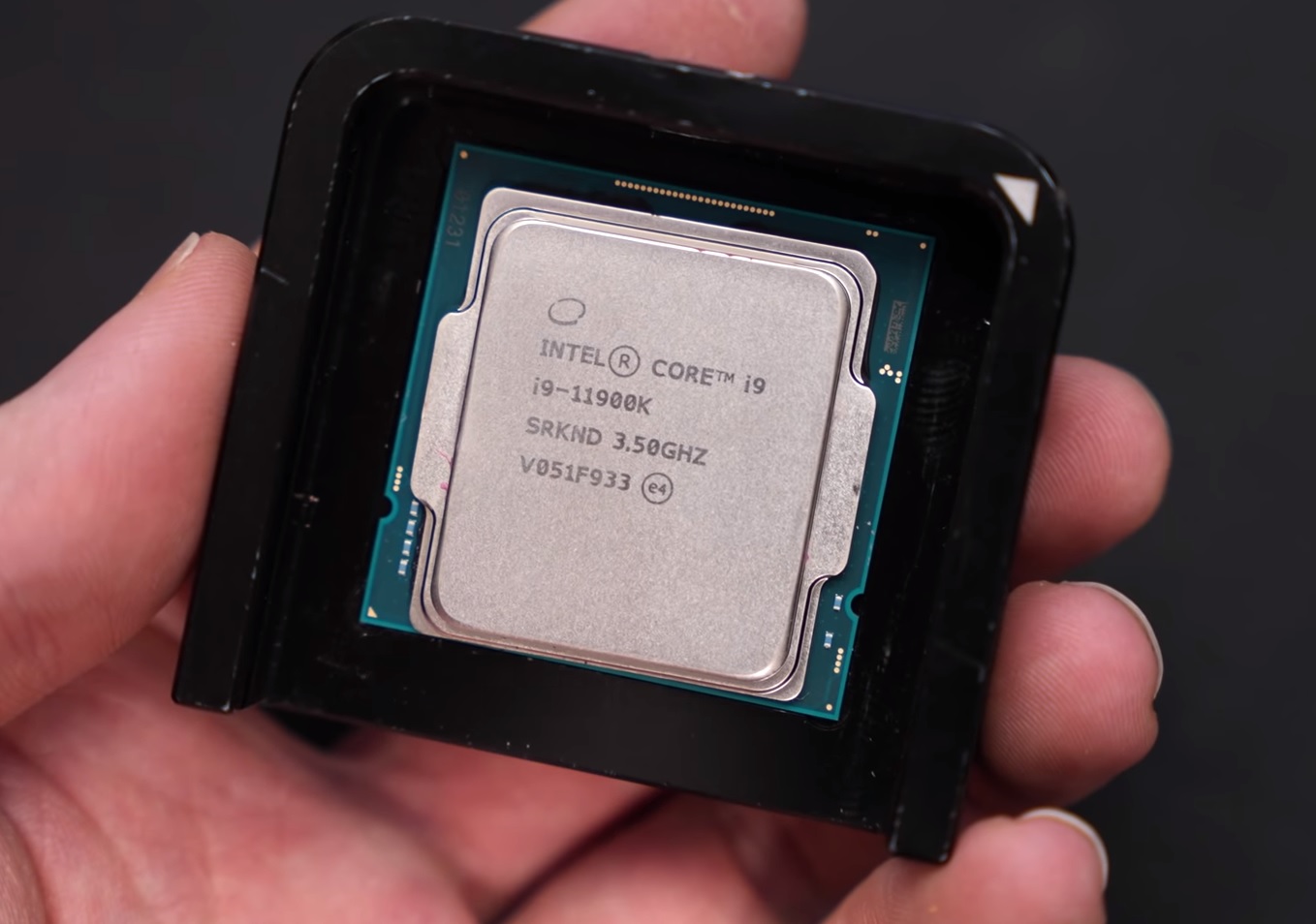 In Core 11th Gen processors, Intel continued to use brazing between metal and the heat spreader. However, the increased area of ​​the chip along with the advent of SMD components made the process of removing the cover much more difficult. As the experiment with the Core i7-11700K showed, it’s pretty easy to “kill” a Rocket Lake-S processor. To maintain the operation of the Core i9-11900K during the experiment, Roman was forced to melt the solder by heating the processor to 170 degrees Celsius in a conventional oven.

A relatively large crystal with an area of ​​270 mm ² is located under the lid of the Core i9-11900K. For comparison, in the Core i9-10900K this parameter is 206 mm, moreover, it contains ten cores instead of eight. It is also worth noting that Intel has increased the thickness of the PCB, which is supposed to protect against unpleasant situations, and also reduced the height of the CPU cover. The crystal thickness of Rocket Lake-S remains at about the same level as Comet Lake-S.

At the end of the experiment, Der8auer decided to find out how much the operating temperature of the Core i9-11900K would decrease after replacing the standard solder with liquid metal. To his surprise the difference was an impressive 12 degrees Celsius. Such a result can be expected when scalp processors with a plastic thermal interface like Core i7-8700K. In the near future, Roman will conduct further experiments in cooling the Core i9-11900K and will present the results to the general public.