The hierarchical of the UOC-MP declared intense pressure on them, – presidential adviser 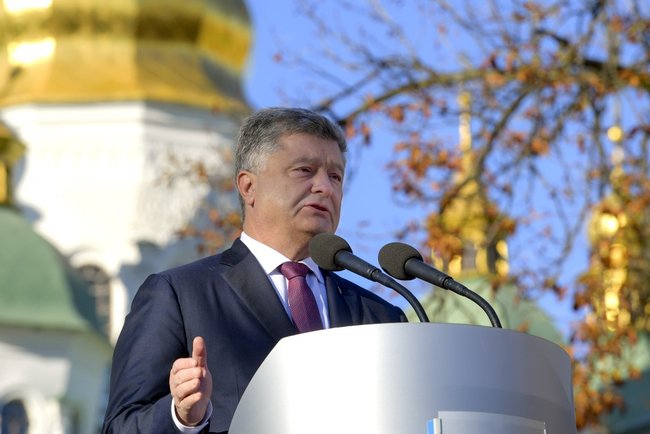 Presidential adviser and director of the National Institute for Strategic Studies, said Rostislav Pavlenko Details of the meeting Poroshenko with some of the hierarchies of the Ukrainian Orthodox Church of the Moscow Patriarchate (UOC MP), Which took place in a closed position at the Ukrainian house. Reports on this "Ukrinform".

"Representatives of the UOC-MP, who only confirm the idea of ​​the Ukrainian auto-automatic church, came to the meeting, plans to go jointly to the unifying council and create the church together," – said Pavlenko.

He did not give the names of the representatives because they talked about "crazy pressure on them".

"In order to be able to announce the meetings held in Constantinople, the agreement signed with the Ecumenical Patriarch, it is possible to remove all the questions they have accumulated among the bishops and especially that the process of creating the church United united will be voluntary, peaceful, the state will resist with all its might provocations and attempts to shatter this world " – said the adviser.

However, according to him, after the situation that developed with the meeting, "suspicion creeps up that those who did not want such a meeting – or checked their watches with Moscow, or received instructions from there.

Recall that on November 13 in the UOC-MP Council was announced that it Does not intend to join the United Ukrainian and the local Orthodox Church After the automatic migration process is completed.

Additionally, UOC-MP declared a break in relations with Constantinople Due to the provision autcephaly to Ukraine.

As previously reported On October 11 Ecumenical Patriarchate adopted a positive decision on the Ukrainian Church.

You are currently watching the news "Poroshenko met with some of the hierarchies of UOC-MP: Details learned." For other policy news, see the "Latest news" section.