Vodafone suffered an operating loss in the first half of this year / News / Finance.ua 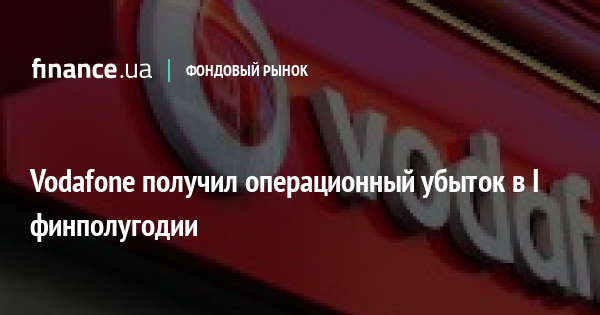 As stated in the press release of the company, the loss was caused by one-time factors associated with the sale of the Indian division.

Revenue in the last half of the year fell by 5.5 percent to 21.8 billion euros. Meanwhile, service revenues rose 0.8%.

Vodafone's management decided to maintain an interim dividend of 4.84 euros per share and annual dividends of 15.07 euros per share due to debt reduction measures. In the long run, the company plans to increase dividends.

In addition, the company plans to reduce its operating expenses by 1.2 billion euros by fiscal year 2021.