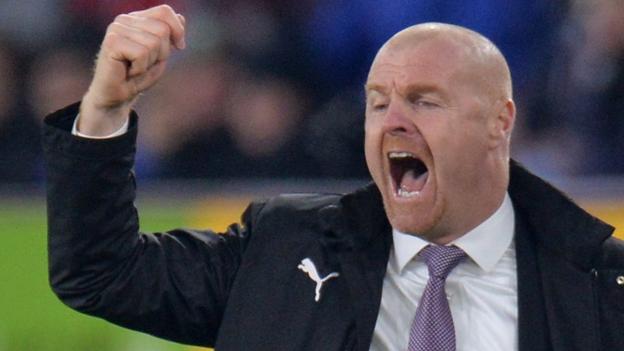 Burnley's boss, Sean Ditch, knows that "question will be asked" after a 2-1 home defeat by Newcastle kept his poor start in season.

Burnley, who have lost four of their six league games in Moore's Predator, are a point above the bottom three on 17.

"There are better signs, but we must get results, we know that," Dyche said.

"The mentality is complete, there is no shortage of character – you do not reach where we come without character."

Burnley's final season, which reached seventh place, led to the league of the European League, was built on defensive ability when they conceded only 39 goals in the entire campaign.

But Newcastle's victory at Turf Moor on Monday means Dyche's side has leaked 27 goals in just 13 games. It took until March 31 for them to give it many 2017-18.

Former Mills Mills defender, who commented on Monday's game for BBC Radio 5 live, wondered if Burnley fans would begin to lose patience with Dyche if the results did not improve.

"You should start thinking Burnley's in trouble," Mills said. "That's why I ask the question to Burnley fans: At what point, if anything, does Sean Dish become nervous?

"I'm a big fan of Sean and let me be clear, I do not think he should be under pressure, he has worked wonders in this club and they have been battling over their weight for so long.

"But you can not go on playing like that – pumping long balls up to two big guys up front.

"They need something else, they have to change the way they play."

Burnley did not win six games, but Deca said he saw positive signs in their defeat by Newcastle.

"There is a process at the moment with the team being strengthened," he said. "It takes work, mental rigidity – that we have – and durability.

"The fact is there will be questions, but we went through it first.

"We were seldom an elegant team – we had to fight for everything we had so far and we would continue to do so.

"I think there were good things tonight but inevitably – and I'm never naive enough to think differently – you have to get results."