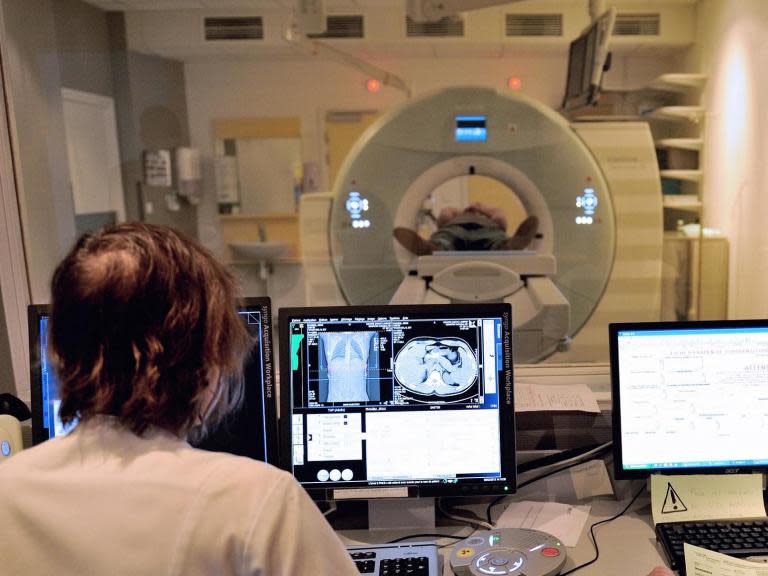 <p class = "canvas-atom Text from Mb (1.0em) Mb (0) – sm mt (0.8em) – sm" type = "text" content = "At least 56,289 patients with angina Access to CT was denied last year though NHS Guidelines say that all patients should be offered with stable chest pain, according to data Royal College of Radiology At least 56,289 patients with angina avoided CT scans last year despite NHS guidelines, suggesting that this should be offered to all patients with stable chest pain, according to the Royal College of Radiologists (RCR).

Test waiting lists last up to 26 weeks in some parts of the UK, and RCR estimates indicate that the actual number of scans missed last year could reach 132,000 patients with angina symptoms.

Angina, caused by a drop in blood flow to the heart, is usually not life threatening, but can be a warning sign of heart disease and an increased risk of serious cardiovascular problems.

However, the UK is now associated with Hungary for CT scanner numbers, with only nine per 100,000 people, and significantly less than Germany – which has 35 per 100,000 – leading bottleneck tests.

In addition, Dr. Bill said, "only about half" of CT scaners are modern enough to give the recommended recommended by NICE, which can give priority to patients for surgery.There is also a problem of who will interpret these scans when the UK has The lowest number of radiologists per head of the population of any country in Europe, a fact which "Brexit did not help."

Wales was the region with the largest gaps, with 4,854 angina patients missing scans, 78 percent of the minimum assessed by the RCR, followed by Scotland (73 percent) and Northern Ireland (58 percent).

While England was the best actress, it is the only country where NICE's recommendations apply explicitly, and RCR estimates that 69,865 people missed the CTCA scan – 37% of all angina cases.

This is against the background of cuts in training budgets and repeated government raids on NHS capital budgets for maintenance and equipment to fund the ongoing management of cash-strapped hospitals.

"It's beyond frustration that we do not have the ability to provide what should be a routine routine test for anyone who has met with chest pain," said Dr. Giles Roditi, president of the British Society of Cardiovascular Imaging, which compiled the data along with the RCR.

"Instead, in many hospitals it is easier for a runner with a dodgy knee to get a magnetic resonance scan than it is for a patient on the verge of a heart attack to get CTCA.

"Fatal cases of heart disease miss because we can not provide these scans properly throughout the UK."

"We want the patients to receive world-class treatment at world-class facilities and to recruit the talented teams they need," said the spokesman for the Ministry of Health and Welfare, "We have announced £ 3.9 billion in new capital investments and our long-term historical program for the NHS, £ 20.5 billion per year until 2023/24, will provide our health services on a long-term sustainable basis.

"The number of clinical radiologists in the UK has increased by 29% since 2010, but we want to see numbers continue to rise, so in the next three years we are allowing additional physicians to specialize in clinical radiology."