The Duchess of Cambridge shows the kindergarten to her children 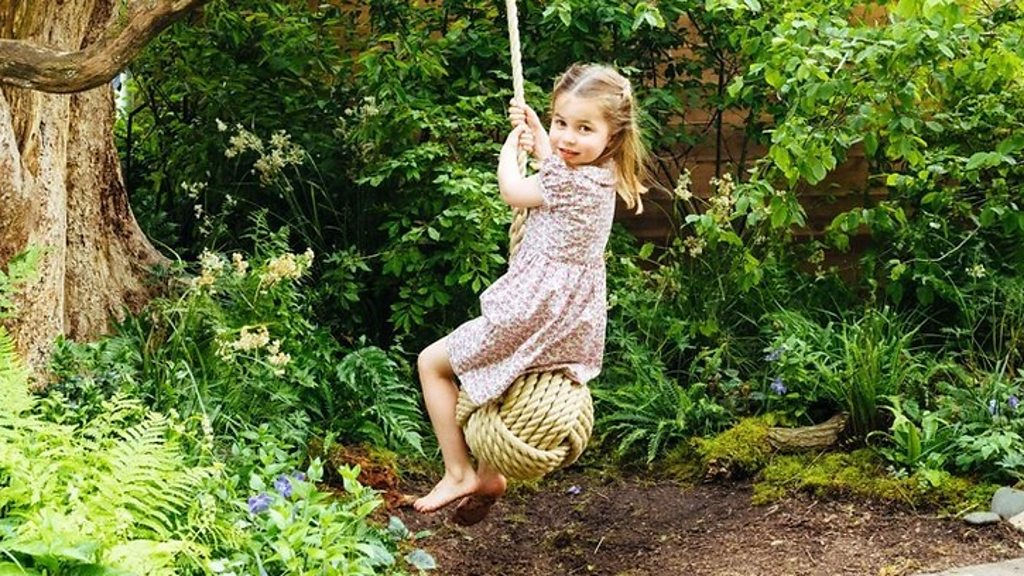 Prince George, Princess Charlotte and Prince Louis showed their entertaining parties as they enjoyed the creation of their mother at the Flower Show in Las Vegas.

The Duchess of Cambridge will unveil the garden she planned for the London event this week.

The royal children were caught and tried it when they spent an hour playing in the garden back to nature on Sunday.

Charlotte looks on the swing, while George Barefoot is rowing in the stream like an excited Louis running with a branch.

In recent months, Charlotte and Louis had helped their mother collect leaves, moss, and branches that had been incorporated into the garden.

The duke of Cambridge can also be seen playing with his family in photos published by Kensington Palace – and photographed by photographer Matt Forte.

Catherine has been involved in the project from the start and is on the site well before the event, which opened on Tuesday.

The space includes a wooden house, waterfall, rustic grass and bonfire as well as trees and stumps, stepping stones and hollow log for children to play.

It also includes the favorite flowers of Princess Diana, forget about me, between geraniums, blue periwinkle, astrantias, ferns, strawberry and plumber plants.

A renewed tree from the South Pier & was used to create a deck.

The duchess's part in the forest desert is part of her work on the development of early childhood.

In collaboration with landscape architects Andre Davis and Adam White, together with the Royal Society for Horticulture, the garden is designed by the Duchess to emphasize the benefits that the natural world brings to mental and physical well-being.

The Duchess told the BBC: "I feel that nature and being interactive outside have enormous benefits to our physical and mental health, especially for young children.

"I sincerely hope that this hair we created really inspires families, children and communities to go out, enjoy nature and outdoors, and spend quality time together."

Lack of teachers "abuse of good will of nurses"