Shooting in the synagogue: A woman was killed between the rabbi and the armed man 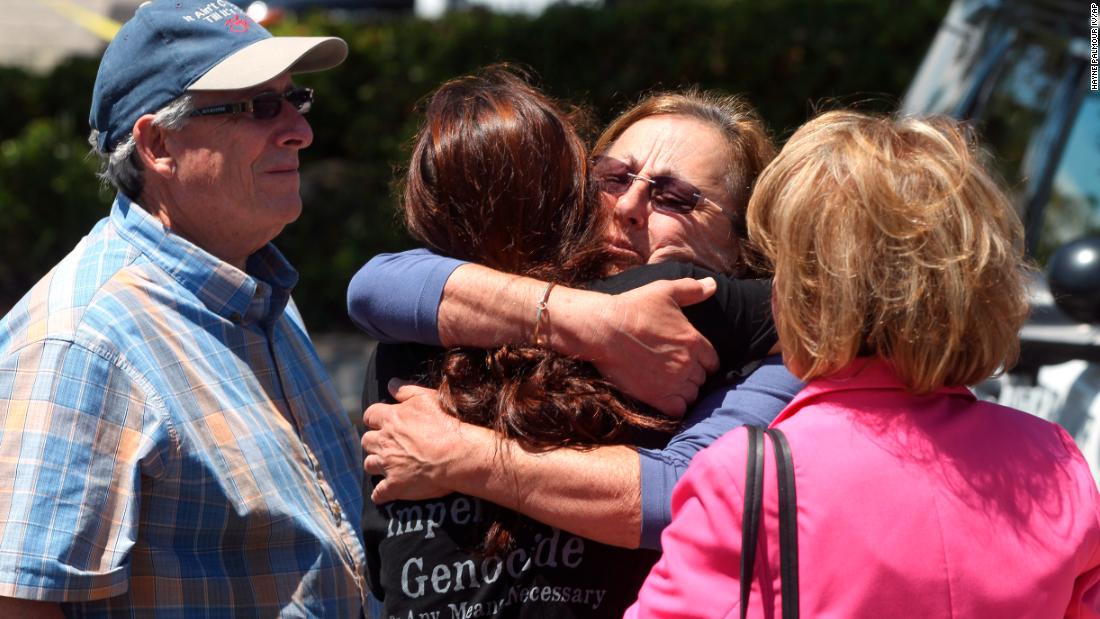 Kay, 60, was shot in the synagogue and died in a nearby hospital. In addition to Kai, at least three others were injured in the shooting in the Chabad neighborhood of Pauai, north of San Diego.

Rabbi Israel Goldstein, 57, was shot in the hand when Kay walked between him and him. The rabbi suffers from what appears to be defensive wounds with both fingers, said a doctor at Palomar Medical Center.

Ronit Lev, a member of the community and Kay's 25-year-old friend, was not in the synagogue but told CNN that she rushed to the hospital when she heard about the shooting. When Goldstein was transferred for surgery, he told her how her boyfriend saved his life, she said.

Kay met on Saturday to say Kaddish for her mother, who died in November, Lev said.

Kay's husband is a doctor and rushed to the scene to perform resuscitation after hearing about the shooting. When he realized that his wife was a victim, he fainted, Lev said.

"She did not die senseless death," Lev said. "She died to publicize the problem we have with anti-Semitism and bring good to this world … If God put an angel on this planet, it was Laurie."

Kay, a native of San Diego, leaves behind a husband and daughter of 22, Lev said.

The victims were injured

Noya was in the synagogue with her two sisters and was wounded by shrapnel, her father said.

The girl was wounded in one leg and face, and taken to a children's hospital. "We are shocked, it's a little scary, we're everywhere," Israel Dahan told CNN on Sunday.

The family immigrated to Israel eight years ago to live in a safer community after his wife and wife were injured by missiles.

"We were under the impression that everything was good here, today we noticed that it was not even close to normal life," Dahan said.

A few years ago, he said, their home was spray-painted with swastikas. Now his children do not want to live in the United States, he said. After the shooting, he asked, they asked him one question.

Almog Peretz is Dahan's brother-in-law. He was wounded by shrapnel while trying to protect his niece, the girl's father said.

Peretz said he was visiting Israel with his family when the shooting took place, Lev said.

When Peretz saw the shooter aiming the rifle at the children, he opened the large doors, shouted that they had gone out and helped bring the children to a nearby house in order to hide, said Lev.

Two of the children were missing about 45 minutes after the shooting because they are still hiding, Lev said. Peretz told the heart if a gun fired not jam, the children would shoot.

The 57-year-old rabbi is expected to lose his right finger after the shooting, the doctor said.

Community member Mino Anwari, who said her husband was a witness to the shooting, said that the rabbi called for unity and prayed for peace even after he was shot.

"The rabbi said," We are united, "said Anuari, a refugee from Iran.

The shooting took place in celebration of Passover, one of the holiest Jewish festivities.