FOCUS – The economy is changing 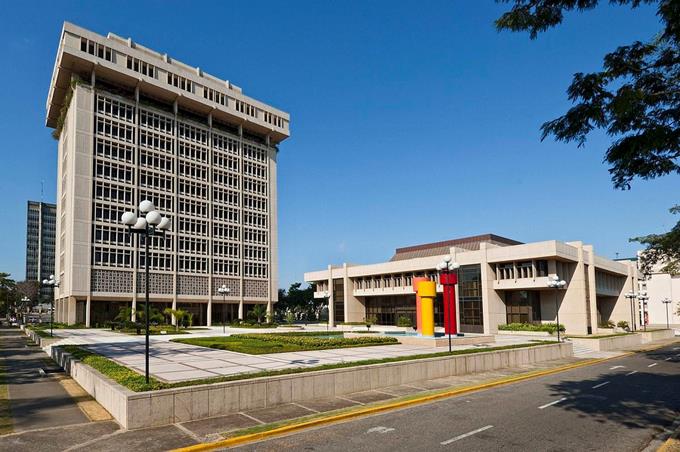 In the 10 years since the international financial crisis reached its peak with the fall of Lehman Brothers, the monetary policies of the industrialized countries have resulted in an unprecedented liquidity surplus in the global economy. This availability of money in the international markets facilitated the flow of capital to emerging economies in search of higher profitability, opening new opportunities for investment and growth.

However, liquidity in the world has recently become limited due to the gradual withdrawal of monetary stimulus in the US, the appreciation of the dollar, the resonance of the global trade war and international geopolitical problems, which should continue in the coming years to force international investors to be more cautious when deciding which countries to Their financial channel.

"There will be a distinction between those countries that apply a combination of appropriate policies and show discipline in the management of their economies and those who have not done so or simply begin to do so," said IMF Director General Mme Lagarde. "

This changing international scenario presents new challenges for the Dominican economy. Being prepared to deal with it is a necessary condition to maintain economic stability and maintain sustained growth in the medium term. To educate economic agents and the general public about the tools facing the Dominican economy to deal with an insecure external environment, an analysis of the possible effects of the global economic panorama on emerging economies, particularly the Dominican Republic, is emerging as part of the Latin American region (AL).

1 Emerging economies are in a changing and complex international environment

The continuing recovery of the global economy, following the international financial crisis, began in 2012, almost four years after the fall of Lehman Brothers. Although the US has started to grow since 2010, the recession in the euro area (ZE) has been a protracted sovereign debt crisis in the peripheral countries, and after Europe succeeds, the world economy is beginning to recover nonstop, preventing the growth of industrialized countries.

Thus, in the period 2012-2017 the average growth of the global economy amounted to 3.5% compared to the same period last year. According to the International Monetary Fund, global expansion will remain in 2018, reaching 3.7% at the end of the year. However, for several months, different growth trends were evident in the industrialized countries. On the one hand, the US continues to accelerate, with a 3.0% year-over-year expansion in the third quarter of the year, while inflation is 2.3% compared to October, and the labor market is operating under full employment conditions, on the other hand there is a certain moderation in ZE and Japan, The IMF to change the growth forecast and inflation for these economies in 2018.

Due to the dynamism of US economic activity, the Federal Reserve (FED) has increased the referral rate of federal funds by 200 basis points since the beginning of the process of normalization of its monetary policy by the end of 2015.

In fact, only in the past 12 months has FED raised its benchmark four times, to a total increase of 100 basis points. On the other hand, the ZE rejected the decision to change its rate of efficiency until the end of 2019, while Japan decided to keep its monetary interest rate in negative territory. These differences in the monetary policy positions of the developed countries widened the interest-rate differential between the US and the rest of the industrialized countries, making investment in financial assets more profitable in the world's largest economy.The capital flow to North America also benefited from the incentives included in President Trump's tax reform and recent increase In a US government bond issue as a result of a larger fiscal deficit.

The main result of this inflow of capital into the US is the appreciation of the dollar against the major currencies, with the contraction of financial conditions, geopolitical conflicts and escalating trade wars between the major countries, the volatility in the financial markets, and the uncertainty over raw material prices. .

This hostile international scenario affected the perception of risk in some of the emerging markets, especially those with weak macroeconomic fundamentals. In some countries, too, external influence was magnified by an insecure socio-political environment. As a result, other countries such as Turkey, South Africa, Russia and Argentina recorded, among other things, capital flows and significant depreciation expenses.

It should be noted that Latin America (LA) has not been able to escape the complex situation presented by the international panorama and faces important challenges to maintain its macroeconomic stability. Indeed, during the current year, the IMF has systematically reduced its forecast for growth in the region until 2018. While at the beginning of the year it is expected annual growth of 2.6%, by the end of October the multilateral agency would have updated its forecast to 1.2%.

However, the drastic change in the AL growth scenario hides heterogeneous economic behavior within the countries, which is more indicative of the extent to which the regional economy is preparing for the new external scenario. In this sense, the economies of Latin America can be grouped into three large groups according to their existing dynamism and the strength of their macro-economic foundations.

As shown in this article, the largest asset of the Dominican Republic to maintain itself as one of the region's leading economies in the changing international scenario is the strength of its macroeconomic fundamentals. It is expected that the process of consolidation of financial financing will continue, and will show an initial surplus of 1.7% of GDP in 2019. The current account, on the other hand, will converge to a deficit of less than 2.0% of GDP, below its long-term estimate.

For the Dominican economy's outlook for the coming year, the projected BCRD models suggest that the Dominican Republic will grow by 6.5 percent in 2018 and meet its potential in 2019.