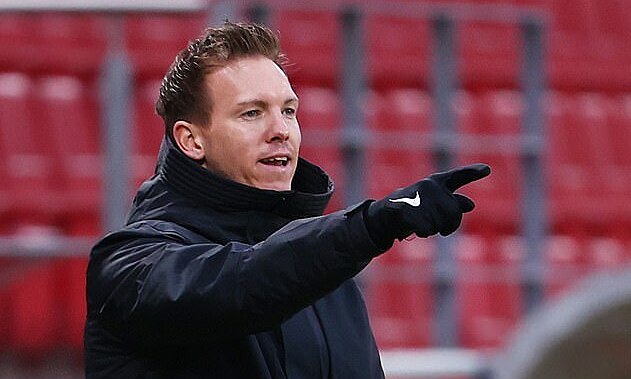 Although he refused to come to Chelsea in January 2021, there is still a rumor about coach Julian Ngelsman going to Tottenham to succeed Jose Mourinho.

In January 2021 Chelsea contacted Naglesman because of Frank Lampard, but refused. He did not want to leave in the middle of the season. Among other things because Leipzig is racing in the championship with Bayern Munich and is only two points behind the senior team.

In the Champions League this season, Ngelsman brought Leipzig through Man Utd to win tickets to the eighth round. However, in the first phase in the middle of last week the German team lost 0: 2 to Liverpool.

Mourinho is still backed by Tottenham president Daniel Levy. The next four games, which met underdogs like Wolfsberger, Burnley, Fulham and Palace, were seen as an opportunity for “Special One” to revive the London team.

Mourinho’s task for the rest of the season is to help Tottenham participate in the Champions League next season. They have two ways: either to win the Europa League, the arena that just won 4-1 at Wolfsberger in the first round of 16, or to go 4 for the first time in the Premier League, where “Rooster” is in ninth and ninth place after the first 4. point.

Tottenham also have the League Cup final, in a meeting with Man City, on April 25.