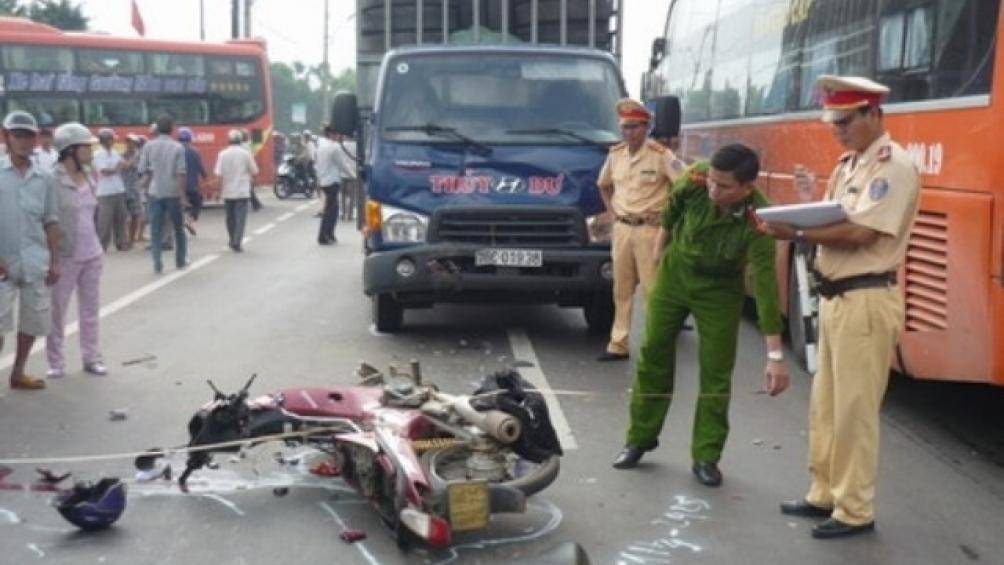 Mr. Nguyen Trong Thai, head of the National Road Safety Committee said, according to the report of the Ministry of Public Security, after the first 2 days of the holidays April 30 – May 1, 44 accidents occurred nationwide, causing death 36 people, injured 33 people. Compared to the first 2 days of April 30 – May 1, 2018, there were 4 cases, an increase of 10 deaths, an increase of 9 people were injured.

Today alone (April 28), there were 25 incidents all over the country, killing 20 people, wounding 18 people, all happening on the road; Train and water accidents do not occur. Compared to the second day of April 30 – May 1, 2018, there was no increase or decrease in the number of cases, an increase of 6 deaths, an increase of 1 injury.

Referring to the handling of road safety violations, reports from the National Road Safety Commission, the police identified more than 3,000 files, a fine of over $ 3 billion, temporarily seized 22 cars, 423 motorcycles, and 413 papers of all kinds. Water path, handling 169 violations, fine over 100 million VND.

According to Mr. Thai, today the focus of the National Safety Committee received 15 calls and messages from people on the rise in ticket prices, passenger compression, carrying the number and status set. Traffic jams in certain routes.

"After receiving the phone at the stake, the National Road Safety Committee asked the relevant units to carry out the test and to handle the content of the information reflected," Thai said.

On the situation of traffic safety on the second holiday, Mr. Thai said that in the afternoon of April 27, there are still many people living and working in Hanoi and Ho Chi Minh City who continue to return home for the holidays. The ceremony led to a high volume of traffic, slow vehicles in several major axes and transportation centers, such as train stations, bus stops, airports and roads to and from cities and central areas. Travel. On the morning of April 28, the streets in Hanoi and the Minh City were more open because people had come home from vacations, there was no traffic congestion at the city's entry points.