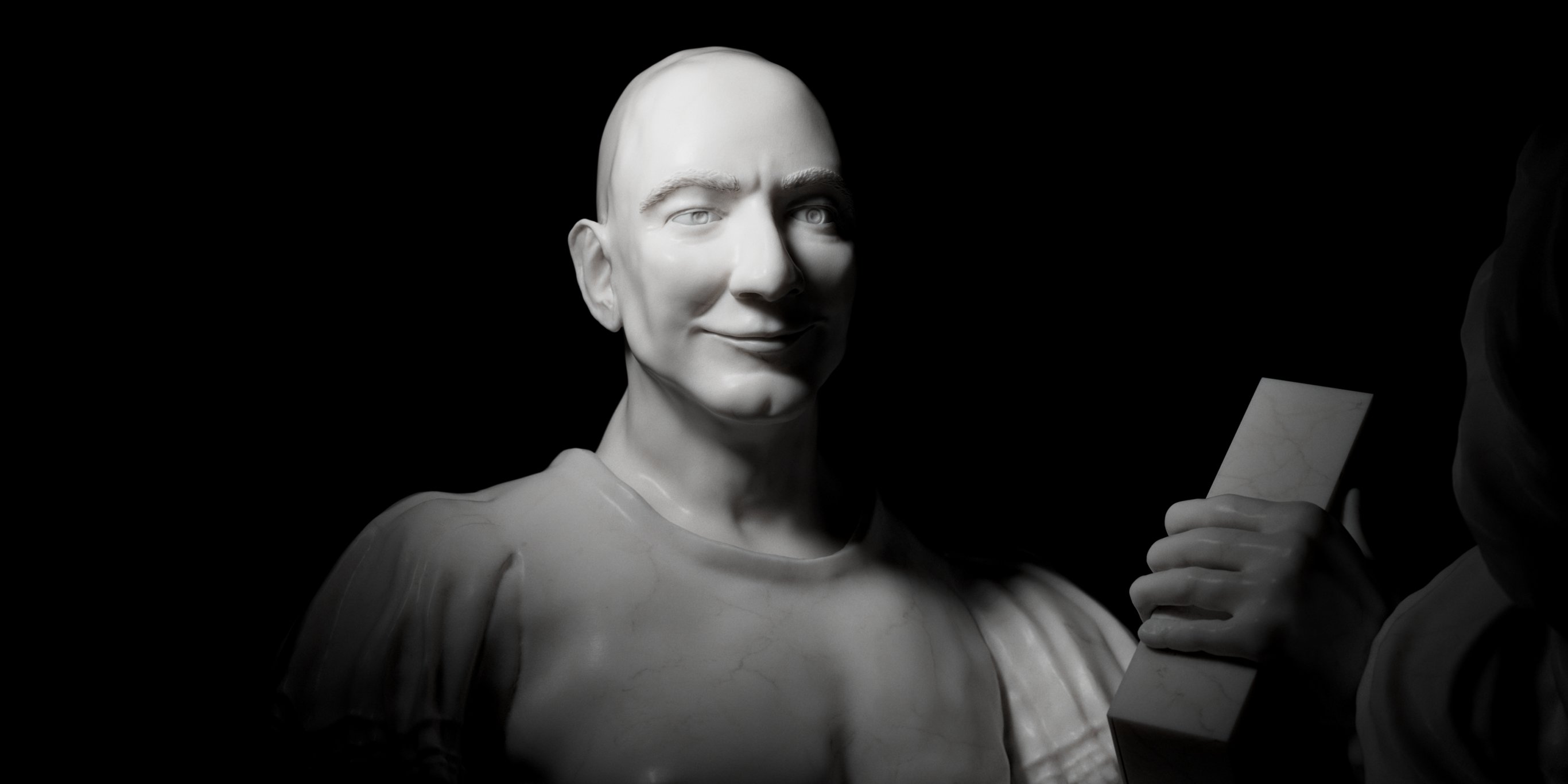 An exhibition in New York in May, called "The Beginning of the End," depicts Silicon Valley characters as mythological figures.

Artist Sebastian Arrazoriz originally presented the sculptures as digital works, which can only be seen in increased reality.

Now he brought them into the physical realm with 3D printing. Arzuritz told Wired in December that with the exhibition he wanted to "create a new mythology of a variety of heroes, villains and characters who will be part of what could be the end of civilization."

The exhibition will be held May 1-24 at Elizabeth Collective in New York, and will describe the characters of Silicon Valley's big names, along with several political figures.

You can see images of printed 3D sculptures, and additional small details, below: